The learning environment in my classrooms changed drastically from elementary to high school. In elementary school the classrooms were decorated, colourful, spaces to sit on the floor or in comfortable seats, work at tables, as well as being a very open floor plan. When I changed to high school, the environment was much different. There was a lack of movement and the desks were mostly fixed to one position in rows or singular desks. Until recently, I never even thought twice about the boundaries that were set in classroom without actually being translated verbally (ie, rules). Especially in the form of the teacher’s desk. Thinking back, the teacher’s desk was always placed at the front of the classroom with the student’s desks behind it, which is a silent boundary. There were often many circumstances in elementary school when the student’s desks were placed in pods or groups which made the students more engaged and active in activities. Although the desks were where students would sit on a regular occurrence, there were often times a couch or some sort of comfortable and relaxing chairs to sit on which was the ideal seating arrangement for most students. We had the freedom to sit on the comfy chairs whenever a lesson was not being taught or the freedom was taken away as a consequence which is another way that teachers asserted their dominance over students. In high school, in almost all classrooms, the desks were placed in rows and separated from each other with the lesson being taught on the whiteboard in front of the desks. This made it obvious that the teacher was dominant over the students as they were the ones in charge, conducting a lesson. Every student knew that the teacher was in charge and you had to listen or else consequences would arise. In Fatima’s lecture, the topic about “bounded openness” was discussed. This included elements such as welcoming, trust, movement, shared and organic. The classroom would become more relational if teachers incorporated different layouts and engaged with the class discussions and students. In my future classrooms I will be changing the seating plan every few months so that students expand their circle and don’t get comfortable with one safe group. I will also be hanging inclusive posters and art as a way to welcome all students and form a relational model. 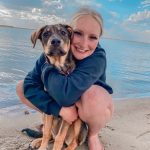 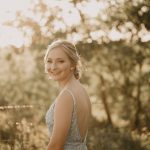