In Chapter 7, Examples from English Literature, Against Common Sense, the following ideas are presented:

How has my upbringing and schooling shaped how I “read the world” What biases and lenses do I bring into the classroom? How might we unlearn/work against these biases?

When were we given “single stories?”

In my French Immersion schooling, I was given the opportunity to learn a different language. Immediately, this provides a widened perspective of the world – allowing for students to use brainpower to think, act and speak in two different languages. My scope of the language world was broadened to show me that languages were structured differently, expressions were different, words were different, grammar was different. At an early age, I believed that language was one of the influences that shape culture, and I found myself fascinated by that. I would observe differences in the Francophone and English groups in my community and be struck by the differences (as well as the beauty) in their unique (and similar still, in other ways) expressions.

What I observed in school was that there was a subgroup of Indigenous children, who attended the same school, but with who we had only occasional interactions. This was the “English stream” of the school: these kids were often poor, many came from difficult backgrounds living affected by intergenerational trauma impacts) and seemed disconnected from the rest of the school. “They seemed disconnected” is what I said – but it was us who were disconnected from history, from the truth. All of the stories of the people, their lands, and their connections. Displacement and change. There were essentially two worlds, two societies, two streams  – within the same school, the same building.

We were given little knowledge of them. We were invited to cultural events sometimes, which we attended. But we did not learn the full history of Indigenous people in the North. I remember feeling disconnected and confused sometimes, not knowing where we were meant to fit in these ceremonies. Most of us coming from a place of privilege did not know about the stories of suffering (and movements towards healing) that must have been whispered in those places.

I wish we could have read Indigenous literature, talked about the heroes, the resilience, the beauty and the strength. The language and the culture. Instead, we were left in the dark – eyes covered – “don’t go there” – while the disconnect caused us all to continue to suffer. 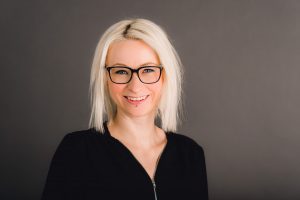 here are some pictures of what a child wrote to their parents while attending the school.
and what the residential school intentions where.

Last month, 215 bodies of indigenous children were discovered in BC.

This week, hundreds more have been discovered in Saskatchewan near the site of a former residential school.

Undoubtedly there are hundreds that will evidence Canada’s sustained genocide.

This is too much.

This is me as an education student - making it work, despite many life pressures. Coffee helps! So does the inspiration of teachers and classmates. I am grateful for the experiences. Despite my occasional messy-ness, I have fit in time to learn and connect.
#EDTC300

Thank you #EDTC300 and @kbhildebrandt for inspiring me to learn to use video editing software! Thirty-five and not too late to learn! #lifelonglearning
#edtech #bubbles #mindful #lifegoals
Breathing with Bubbles - Kids Yoga Practice https://youtu.be/C2UaCGbI-lk via @YouTube

When YNTEP students come together in real-time (not just online) for some studying, snacks and good visits. So much fun!! Digital sleuthing time!! (note: this visit happened a few weeks ago, before the Yukon covid outbreak) @JanetFirth10 @Salie92852038 #EDTC300 #YukonUniversity