For our encounter we decided to set up 4 main stations. The stations all had an underlying theme to them that could support inspiration for students who needed that extra inspiration. Each station had a book to go with the theme, clay and various tools/ objects to encourage the encounter. The stations where constriction, gender, habitats and textures. The participants where able to freely move around and encounter with whatever station they preferred throughout the encounter. We found allowing the participation the opportunity to choose there encounters and how long they stayed at each really allowed them to lead themselves throughout the encounter.

Some keywords I noticed throughout this activity was encounter, assemblage and time. The word encounter really drove this activity because there was no set task so participants where free to do as they please and encounter the material in anyway they wanted. The second word that really stood out was assemblage. I found that this encounter was a lot different than the other encounters in terms of assemblage. the clay was really easy to disassembly and reassembly. I found that clay versatility made it easy fro people to experiment because nothing created was terminated so that defeated the worry of failure in a sense. The third and final word I really noticed throughout was time. Each material we encountered had a different timeframe but I really found that clay was almost timeless. The material could be used to create anything therefore it kept people engaged for a really long time. Also you could create something come back later and recreate something else with that same clay giving the material a sense of timelessness.

Another term that really resonated with our encounter was ecology. it was interesting to discuss the ways we have each encounter clay in the natural environment. From our conversations we also discussed how when we play with clay in the environment we use it in different ways. Why do we do this?

Throughout the encounter we also seen a lot of different relationships and interactions. It was interesting to investigate the relationship between the clay and the person. even though each person was offered the same clay options and tools each person formed a unique relationship with the clay which you can see represented above in the creations. Also there where various inter-actions that took place that we also got to examine like the interaction of the hands and clay or the interactions of the various tools/ objects with the clay. Altogether there was a lot of great interactions and relationships formed throughout the encounter.

When looking to the future we examined the ways we might use clay in our classroom through discussion. We said that clay could be used in a variety of ways in all subject areas. We also said that one pro to using clay is that it is so easily changeable it helps diminish some of the fears of failure. I would say this encounter has taught me a lot about the different ways clay can be used for learning and open ended encounters. 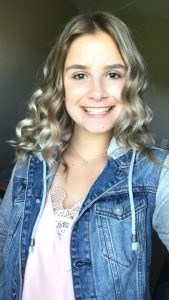 Yesterday was National Farmers Day! We took the opportunity to look at the way farmers impact Saskatchewan. This fit great into our life science unit! #ThankAFarmer #agintheclassroom