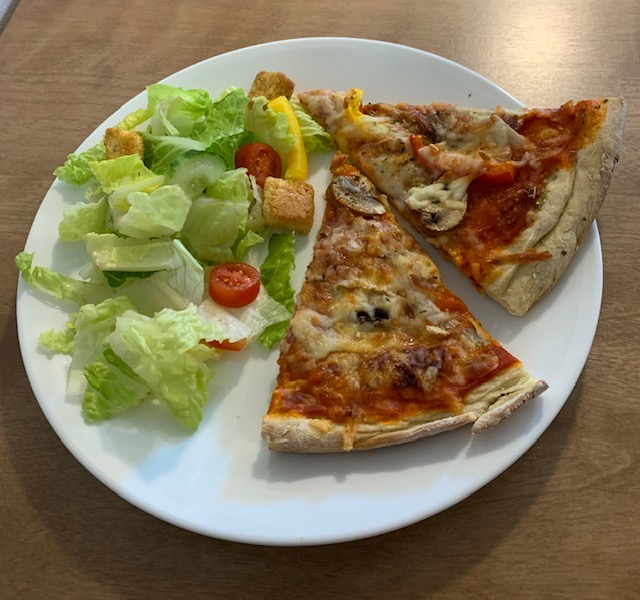 This week for my learning project I chose to make home-made pizza! This was the most challenging things I have made so far and was another great learning experience! Again I played around my moms recipe as she used to work at a pizza place during University. I wanted to make thin crust pizza so I hopped on Twitter and many people were recommending Kraft Dough Mix. Here are the ingredients I used!

Overall my experience was very positive! I ended up repeating this process twice so I had enough pizza for supper and a bit of leftovers. On my first pizza I did mix in enough water and my crust tasted a bit off so I fixed that for my second one. On my second pizza I let it cook a bit too long and the crust was a bit burnt around the edges but thankfully it was not too bad. I have felt that I have grown as a cook since I began my learning project and that I have a lot more confidence to try new things on my own.

This week I decided to do something slightly different using Live Photos on my iPhone to take pictures. I was then able to put into an album on my phone to share. This was a great feature to use as I was able to document my work throughout cooking. For example, when slicing Peppers I was able to take a picture and when you held your finger on it, it showed a short video of me cutting. Live Photos would be a cool way to document work in the classroom. For example a group of students could show themselves doing a physics experiment using a Live Photo. They could then put their images into a folder and send them to the teacher. A potential drawback to this is that Live Photos work best when using an apple device.

When you're in the interview stage for a new position, what's one question you ALWAYS ask?

Here is my most recent blog post reflecting on what I learned in EDTC 300! #EDTC300 #edchat #edtech #edutwitter
https://edusites.uregina.ca/jeronkletzel/2021/06/22/edtc-300-summary-of-learning-jeron-kletzel/

Thanks @brynmw for moderating tonight’s #bcedchat I feel very fortunate to interact with and learn from so many people!

A8: An event that filled my bucket this year was being able to get my first taste of classroom experience by helping out at my old elementary school #bcedchat

A7: My perspective on my professional pathway has changed a ton over the last 16 months. 16 months ago I had not started University and now I am taking second year classes. I have learned a lot about what traits teachers possess and how educators carry themselves #bcedchat