A Reflection of My Personal Learning

This course has encouraged me to explore more of my Digital identity as well as keep some things more private than they are. It has also taught me just how beneficial social media platforms can be when used in different ways!

Below is a google slide to show what I have learned throughout this course!

I hope everyone has a great summer and good luck in your future wherever it may take you!

Contributing to Others Learning

As this semester in EDTC300 comes to an end way faster than I pictured it would! I am happy to have learned what I have and had great classmates along the way that were so helpful along the journey! I cannot wait to use more online resources for myself and in my future classroom as well!

Here is the link to my Contribution of others learning!

What do I know about coding? Honestly not a thing, but when it was explained in class, it was soon known that we rely on coding whenever we are online! To me, I thought coding was something you had to understand to know how to do it and you have to get into that computer tech learning as well. So, when we were told that our task was to make our own code and show the process, all I thought was, this will be very interesting and gave it a go! I chose the website Hour of Code and after scrolling through some games, I found the one I thought looked fun, easy, and reminded me of Mario Bros! It was called Make a Flappy Game

Going into this I was bracing myself because I had no clue what I was doing, but through every level there were instructions at the top of the page that helped explain what to do and made the coding process that much easier.

In the beginning few levels, 1-5, it explained to me how to set up the game and I could choose how to make the bird fly, what sound it would make when flying and if it would get points when it went through an object. If the bird hit the object or the ground, the game would be over.

Level 6 had me choose the number of times the bird flapped its wings and to see if I could get a point when doing that. Level 7 I was able to change the background and there were a few options for that as well. I made it so when the bird went between the pipes, the background changed. I thought that was pretty cool!

Level 8 had me stumped for a bit, I thought I was following the instructions but I was definitely missing something small and I had a struggle getting through the objects, but none the less, I still made the code happen.

Level 9 simply suggested me putting the score back to zero instead of ending the game if the bird hit the ground or an object. This was easy as it allowed me to continue the game and not start over if I had made it farther than before although I did end up losing all my points which sucked!

Level 10, which was the last level, allowed me to make my own game from scratch, I wasn’t the best at getting through the obstacles but it was still fun to play around and learn how to do that.

Overall, coding is a lot of fun when it’s looked at in a game type of way. I’m sure there are a bunch of other types of coding but I think I would stick with this one as it is something that is fun and you learn while you do it and it isn’t too complicated. I believe coding to be important because we are in the technology world and we need coding to do basic things on the internet. Without coding, most of the interactions on the computer would not be able to happen.

Excuse Me While I Do Some Digital Sleuthing

We all do it. We meet someone and we might creep them on Facebook or Instagram to get to know a little more about them for the next meeting, you are at a new job and you search some coworkers so you can see what they are like from their social media, or you meet a guy and you need to figure out if he’s worth another date or not. We also judge people based on their lives on social media because it is always the happy pictures being posted, regardless if you are happy that day or not. While reading the article Split Image  about a young girl named Madison, it made me stop and realize just how many people post on social media one way, but have a completely different life on the other side of the screen. Reading Madison’s story was heartbreaking knowing that she went off of the happy pictures on social media of her friends and family and believed she was the only one struggling. “Madison was beautiful, talented, successful — very nearly the epitome of what every young girl is supposed to hope she becomes […] and someone who often struggled with what that image conveyed about her, with how people superficially read who she was, what her life was like.” Although Madison posted like she was happy, she was struggling on the inside and believed there was something wrong with her due to all the happy pictures of others away at college people were posting. “She and Ashley Montgomery, a friend and track teammate, followed a group of Penn upperclassmen on Instagram. They would scroll through pictures and say to each other, “This is what college is supposed to be like; this is what we want our life to be like.”

While reading that article mentioned about, it opened my eyes to how many people believe that what they see on social media is how the other person actually is in real life. They do not see the struggle or the hard days, just the happy, cheerful person enjoying life. That is why social media today is terrible, not only for young children, but also for adults

I was in a group of three. Myself, Julie Findura and Ashley Peterman. Julie sleuthed myself, Ashley sleuthed Julie and I sleuthed Ashely. While sleuthing Ashley, I knew she already had a twitter so I started there! I found out from her bio she’s a Can-Skate coach, Preschool teacher assistant and she was born May 2nd. From there I noticed she also had an edusites blog where I learned she is going into her 3rd year of education where she plans to graduate in December of 2022 and go on to teaching grade K – 2! I learned that she volunteers every Sunday at the Special Olympics Figure Skating Program and she competed in intense levels of figuring skating for many years! That’s awesome Ashley! I figure skated when I was younger and the only thing I remember is being dressed up as an astronaut skating around!

I moved on to Facebook next which I realized she had made so only her friends could see. I did manage to learn that judging from some pictures that she has a boyfriend, and that she has lived in Regina her entire life. I didn’t see any pictures of any siblings so I am not sure if she is an only child or has older or younger siblings. This is why I figured I’d try my luck at Instagram and thankfully it wasn’t on private. Although there were not many pictures and I still am not sure if she has siblings, I was still able to learn that she graduated in 2019, so that would mean she is 20 years old as she had her birthday last month, her and her boyfriend like taking trips together as it looks like they went to Lake Louise a few summers ago and that she has a close group of friends she is thankful for!

While sleuthing Ashley, I felt a little strange thinking of all the social media platforms she could possibly be on and searching her name. I can truly say I have never gone through someone’s social media to find, what I believe to be, such personal information, like their date of birth, school they went to, etc. on purpose. While looking into Ashley’s information, I believe she looks like someone I could trust as well as hire if I needed to. She looks like she would be a good friend if we had the chance as she comes off as an easy girl to get along with and a hard worker to reach her goals.

To me, I believe Ashley shares just the right amount of information. Her Facebook seemed to be private other than to the people she is friends with which I understand and I am trying to get my Facebook to be like that too! On her blog, she doesn’t talk about her family and just talks about her achievements as well as posts a few pictures of herself. To me Ashley watches what she puts online as to not overshare too much about her personal life but she still likes to express herself. The advice I’d give Ashley is to keep doing the same thing you are doing as I feel you are on the right track.

To finish off my sleuthing, I watched this video about what one tweet can do to your life in a matter of hours. This made me realize how important it is to what we put online. That although we think no one is watching, someone is always watching and with a click of a button, your life can be in trouble! Justine Sacco didn’t believe she was doing any harm when she made a tweet, “Going to Africa. Hope I don’t get AIDS. Just kidding. I’m white!” When she woke up in Africa, she was trending worldwide, but also lost her job. Although her tweet was not innocent, a simple tweet can go a long way when someone gets a hold of it. 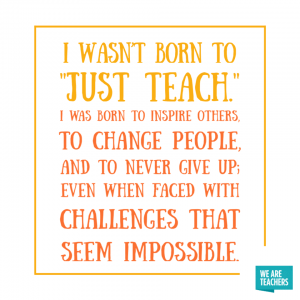 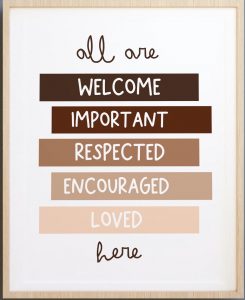 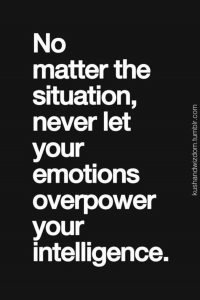