What Does it Mean to be Literate?

Wow! It’s been one heck of a ride lately. Between all of the hustle and bustle at school, racing to pick my kiddo up after work, and scurrying around picking up odds and ends around the house just to try to keep all of the plates I’m holding in the air balanced. It seems that a lot of us are feeling this lately. I think we’ve passed the stages of burnout and are now moving along in a predictable rhythm that has all of the plates oddly balanced in their own way. We’re all in this together, learning alongside one another and getting better in our own weird way every day. So, cheers to learning, balancing, and staying afloat. This too shall pass.

Being literate in today’s world means something totally different than it did 20 or even 10 years ago. Leah T introduced us to a video this week called: What Does it Mean to be Literate in Today’s World? and Christine followed it up with a quick but great article: What is Media Literacy, and Why is it Important?. So, what does it mean to be literate in today’s world you ask? According to UNESCO, being literate is more than reading, writing, and counting, “literacy is now understood as a means of identification, understanding, interpretation, creation, and communication in an increasingly digital, text-mediated, information-rich and fast-changing world.” In my first Master’s degree, I was introduced to Paulo Freire, who made me realize that being literate meant more than those three outlined skills as mentioned previously, and it was more about helping people be able to read the world in which they live, and not necessarily just text on paper.

I highly suggested reading more Freire, as his writing is quite inspiring. If you want to check out a few highlighted quotes from some of his work, check it out here. Most researchers agree that even though being literate encompasses reading, writing, and counting, there are more aspects at play than one may realize.

Being literate also includes being media or digital literate, which falls under the category of information literacy—does that term ring a bell at all? Well, hopefully, it does, as we’ve talked about it a lot this week. Bart helps us understand these terms better with the article he references: What is Media Literacy and Why Does it Matter? This article defines media literacy as “the ability to understand information that is presented to us and respond appropriately.” Commonsense.org goes further and outlines:

It’s essential that students learn to think critically about the news and media they encounter every day. Students will demonstrate the ability to identify, evaluate, and use information effectively, find credible and trustworthy sources, and give proper credit. They will recognize how individuals and society are influenced by the media and the misrepresentations and stereotypes they sometimes promote. Students will reflect on their responsibilities and rights as creators in the online spaces where they consume, create, and share information.

If you want to read into digital literacy further, check out Patricia’s suggested article: The Challenge that’s Bigger than Fake News. It goes into greater depth and discusses civic reasoning in a social media environment.

Elements of Being Literate

Are you still with me? I know it can be a bit of an information overload if you weren’t in class with us the other night, are new to the content, or are just downright overwhelmed with the world and everything in it right now. I get it. In order to understand media or information literacy better, it’s a good idea to understand the 8 elements of digital literacies. In no specific order:

When looking more into the 8 elements, I found myself down the rabbit hole a bit. From this great tool of teaching digital literacy in the classroom, to why schools should teach digital literacy, I found quite a few great resources to try out in the classroom, or at least to put on my old reading list for a rainy day. But more than ever, I realize the gravity that fake news carries. Throughout COVID-19, we saw fake news or misinformation fly faster across the web and social media platforms than ever before, and the truth was very hard to find. Fake news isn’t something new, we’ve seen it in tabloids and on late-night infomercials, but in my lifetime I don’t believe we’ve ever seen it on a scale such as the one we are seeing today. Misinformation or fake news isn’t only harmful to those that are spreading it, but also to all of the people that are using the news as truth.

Although I don’t plan to touch on all of the elements (because my blogs are already a bit too lengthy), I stress the importance of teaching kiddos and adults alike the importance of using their critical thinking skills to evaluate information before adopting it, and or spreading it. If you’re using Google to only support your opinions, instead of researching both sides of things, then in fact you’re engaging in confirmation bias. And that’s a conversation for another day.

Before requesting your feedback, I first want to acknowledge the vastness of this topic this week. There is a ton of research on this subject matter, and I have only begun to scratch the surface of it. Even though I referred to Freire, there are a ton of researchers out there that do a great job of tackling this content. So, before you get supercritical of me (even though I always appreciate it), know that I fully acknowledge that I have only touched briefly on this topic. But like always, feel free to answer one or more of the prompting questions below, write a general comment, or even hit the like button. All the support is seen, heard, and greatly appreciated.

4 thoughts on “Won’t Ask You to Stay, But Let Me Ask You One Thing… Oh-o-oh, When Did You Fall for Fake News?” 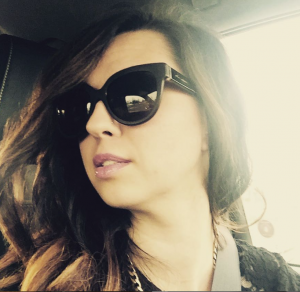